are the new generation cogenerators designed and built by Albasystem to be intelligently integrated into the production process of your company and interconnected with all the main equipment that contribute to the use of energy and its production.

Working on energy/economic algorithms, and therefore developed to further increase the final performance of the patented Aspecindustry system, the AspecGen cogenerator has levels of performance that are far above the standards and thus allows savings to be increased while managements costs are reduced.

AspecGen is the intelligent cogenerator entirely produced by Albasystem, it exists as an indoor version, coffered or not, and in an outdoor version in a variable color soundproof enclosure. It is assembled and built in our workshops with innovative and specific features that make it highly performing.

The engines commonly used are the American Cummins or the German MTU, present on the Italian territory with a capillary engine assistance service.

The peculiarity of the AspecGen cogenerator is that it is built and designed on the specific needs of the production process to wich it is combined, it is not a standard product and does not work like normal cogenerators on electric or thermal tracking, but based on the algorithms of the ASPEC sofware, inserted directly into the machine, which in this way pursues the maximum return on investment based on information coming in real time from the sensors positioned on the production facilities and on the equipment managed by the ASPEC system.

This means that the system is highly performing starting from the operation of the AspecGen cogenerator positioned in the plant, which dialogues and interacts, providing maximum performance and reducing the time of return on investment compared to plants equipped with standard cogenerators and manged by a software not integrated with the production process.

The specific characteristics vary depending on the use and the chosen configuration and on the basis of the energy vectors products ranging from water to steam, from cold water to diathermic oil and of course electricity.

AspecGen IS THE ONLY COGENERATOR 4.0 that integrates throughout the production process to increase the performance of the equipment, reducing the consumption and therefore the energy costs of your company. 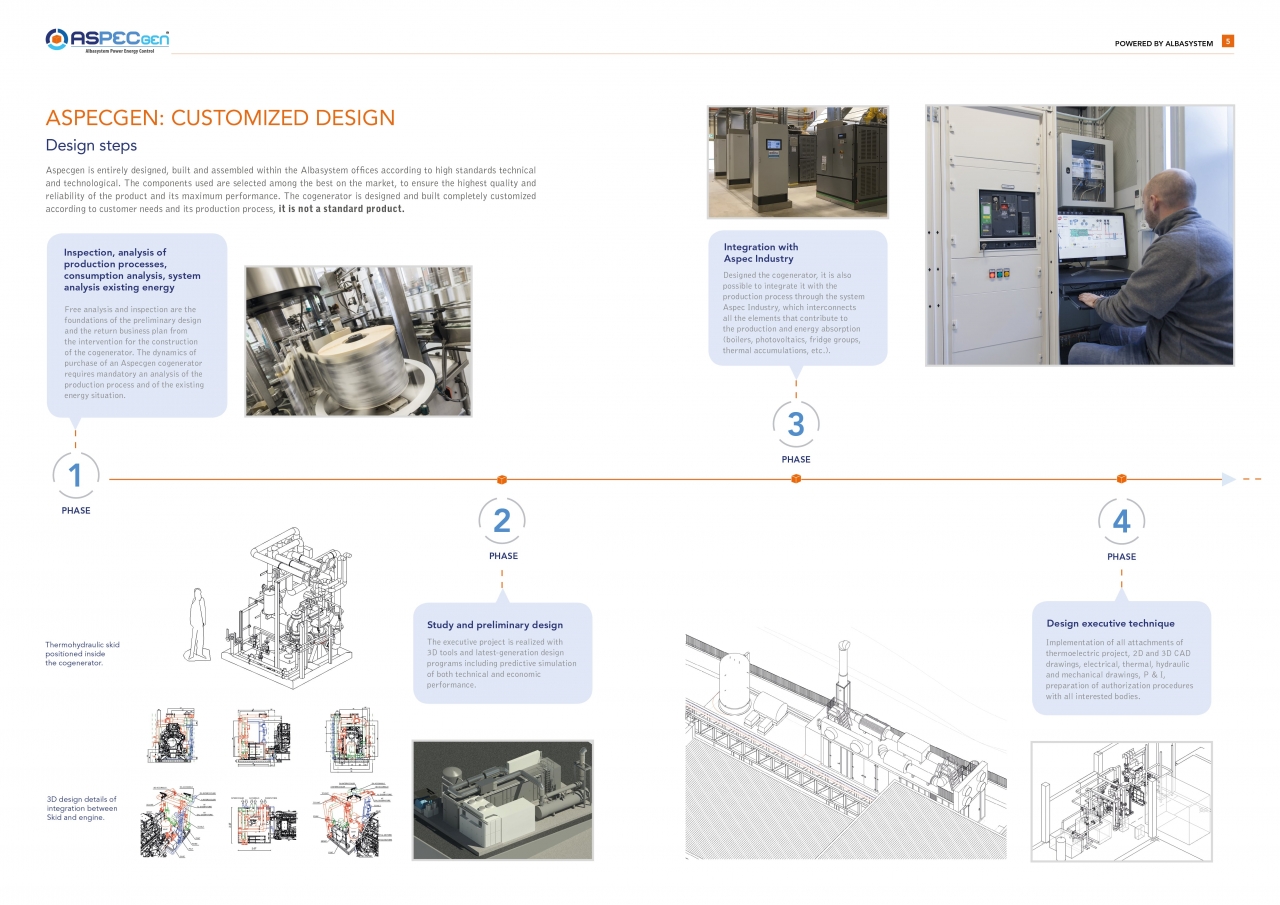 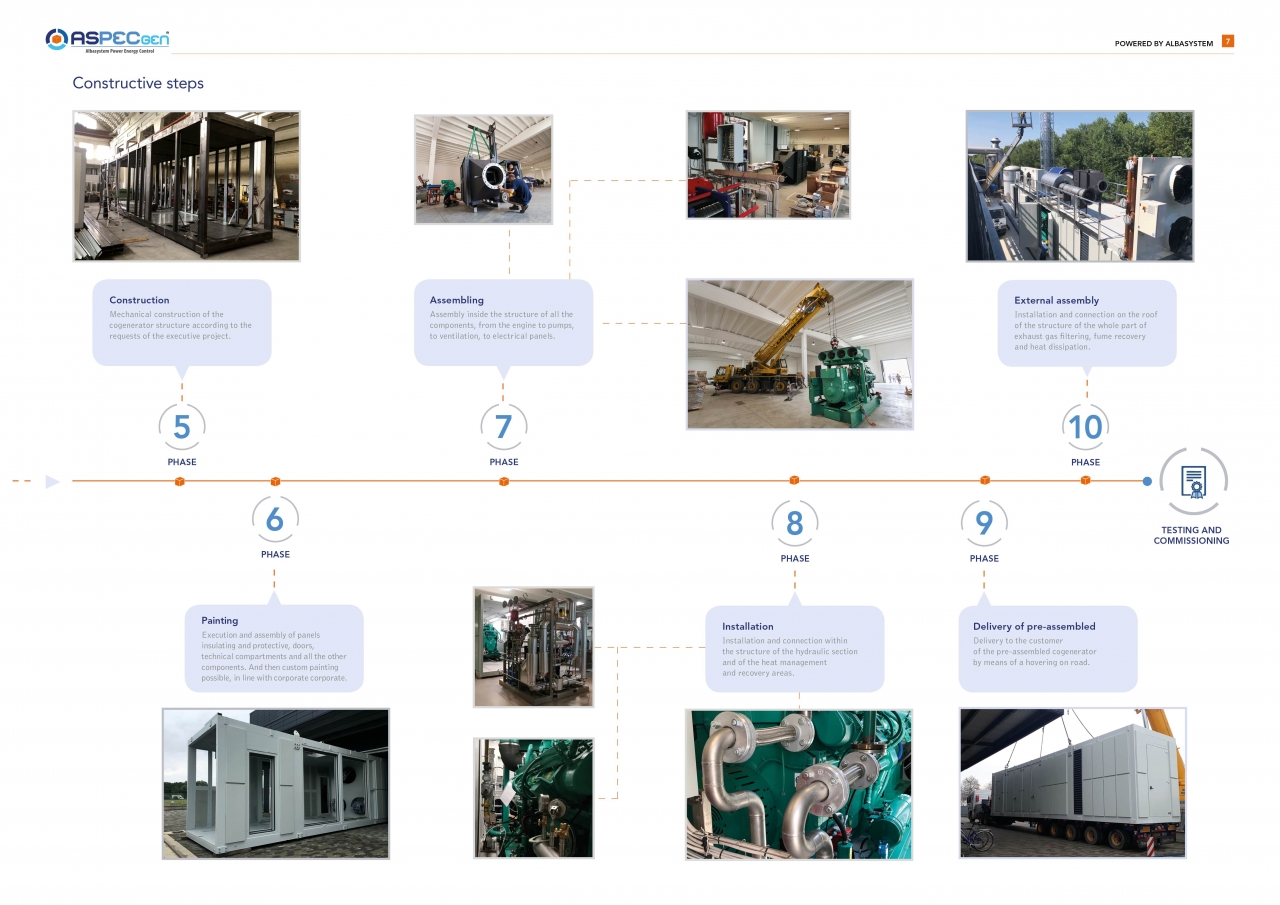